Quality is now and Donmar 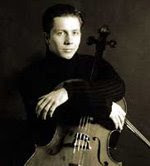 It was remiss of me not to note a particularly inspiring evening recently (15th January).

Fresh from Bob Warren’s funeral – with a crackling vintage recording of Tiptoe Through the Tulips, which was played at his commendation, still making me smile – I alighted alone at the Donmar Warehouse for an evening with T.S Eliot. Death and Eliot are comfortable companions.

I was there to hear a reading of Eliot’s Four Quartets. Eliot’s poetry has been an enduring presence in my life since studying some of his key pieces at A-Level. Four Quartets are timeless, multi-layered masterpieces; lyrically mesmerising, endlessly challenging and, it has to be said, quite beautifully bewildering. Little Gidding is my favourite. A section of it is framed on my desk and a small pencil portrait of Eliot by Wyndham Lewis is white-tacked to the wall.

I have not been to a poetry recital this side of my functioning memory and I have never heard Four Quartets, so this was quite a treat. It was recited by Stephen Dillane as part of the Donmar’s Eliot festival. Where else could one find such a festival than at the courageous, broad thinking Donmar? I applaud Michael Grandage’s versatility and vision for the Donmar in general and in particular for this programme.

Dillane’s recital was skilled and accomplished. To recite all four parts of this lengthy and complex poem is nothing short of remarkable. He gave a beguiling performance, although I have to say it lacked something for me. It is hard to isolate exactly what that something was. He certainly brought the poem to life and it illuminated several parts to me, even though I have read it all many times. I guess one of the obstacles is that I have only ever heard Eliot’s recorded reading, or listened to my own internal voice. It is a bit like the experience of watching the film of a book that is special to you. It is impossible for the images to live up to your imagination. How on earth could Dillane reflect or replace the images from a hundred readings? Also, I attach more melancholy to the piece than his portrayal provided and I have always associated it with an older voice. He was quizzical and frivolous in places where I see nothing short of despair. Still, I thoroughly enjoyed his work and respect his achievement.

The evening was closed with a stunning performance of Beethoven’s opus 132 by a string quartet of the Soloists of the Philharmonia Orchestra. With fitting drama and atmosphere, they were lit by just a single bulb from an overhead light. I marvelled at the exuberance and obvious joy with which they played and I was especially taken by David Cohen’s performance on cello, not least by him performing in stockinged feet with his boots by the spike. Very cool.

So, a reading of Eliot’s finest work accompanied by a Beethoven piece to make your bones tingle. Probably one of the best ways to wind down after a funeral.

Only at the Donmar. Bravo.

30 Jan 2009
Login to Rob McGibbon
Reset Password
Enter the username or e-mail you used in your profile. A password reset link will be sent to you by email.
Already have an account? Login