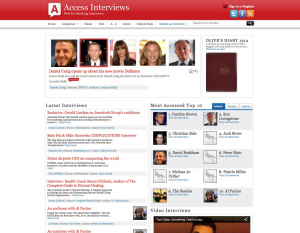 The website quickly grew to become a hugely popular and respected resource for the best interviews content in journalism. It was an aggregator, a library, and a promotional platform for individual journalists and publishers and broadcasters. It was also a brilliant destination for anyone interested in the golden source of journalism – interviews.

It was also – probably – way ahead of its time.

Rob bankrolled and worked on the website tirelessly for several years. He even became a primary sponsor for two years of the British Press Awards. But he finally accepted defeat when no viable monetisation model could be found. He finally took AccessInterviews.com to Digital Dignitas during September 2015. Her end was most peaceful. Rob’s digital dream was over. But long live the dream…

Flashback. Here are some signature articles Rob wrote to mark the birth of Access Interviews.com. Read and weep… 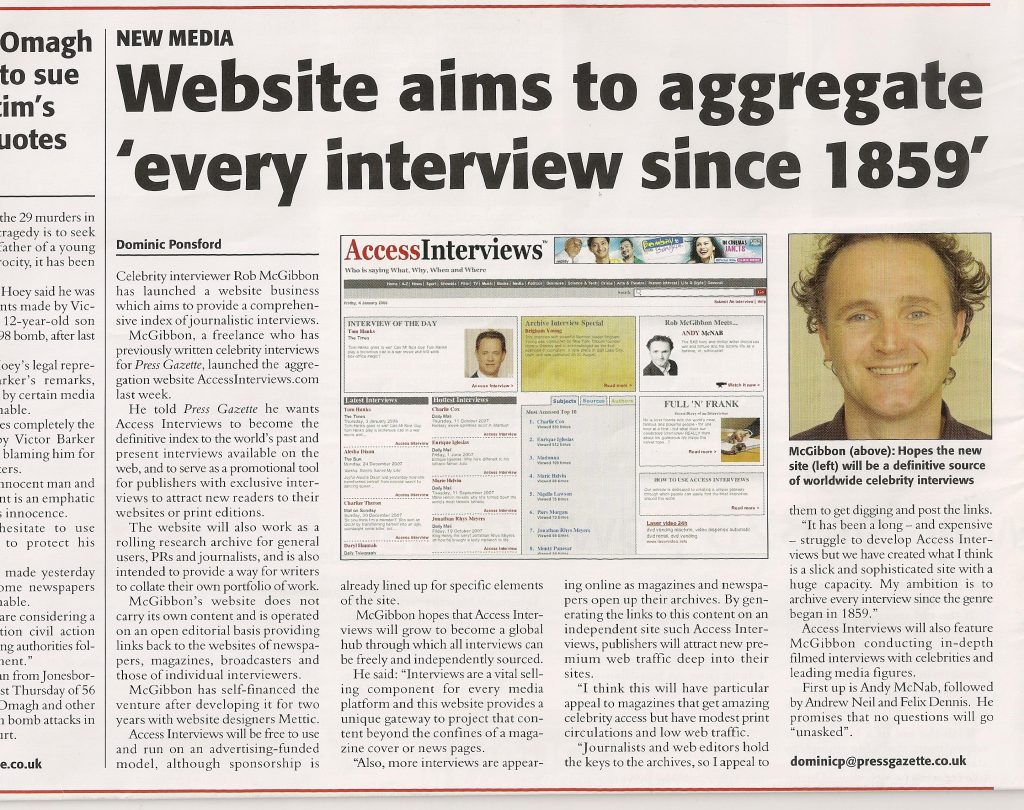 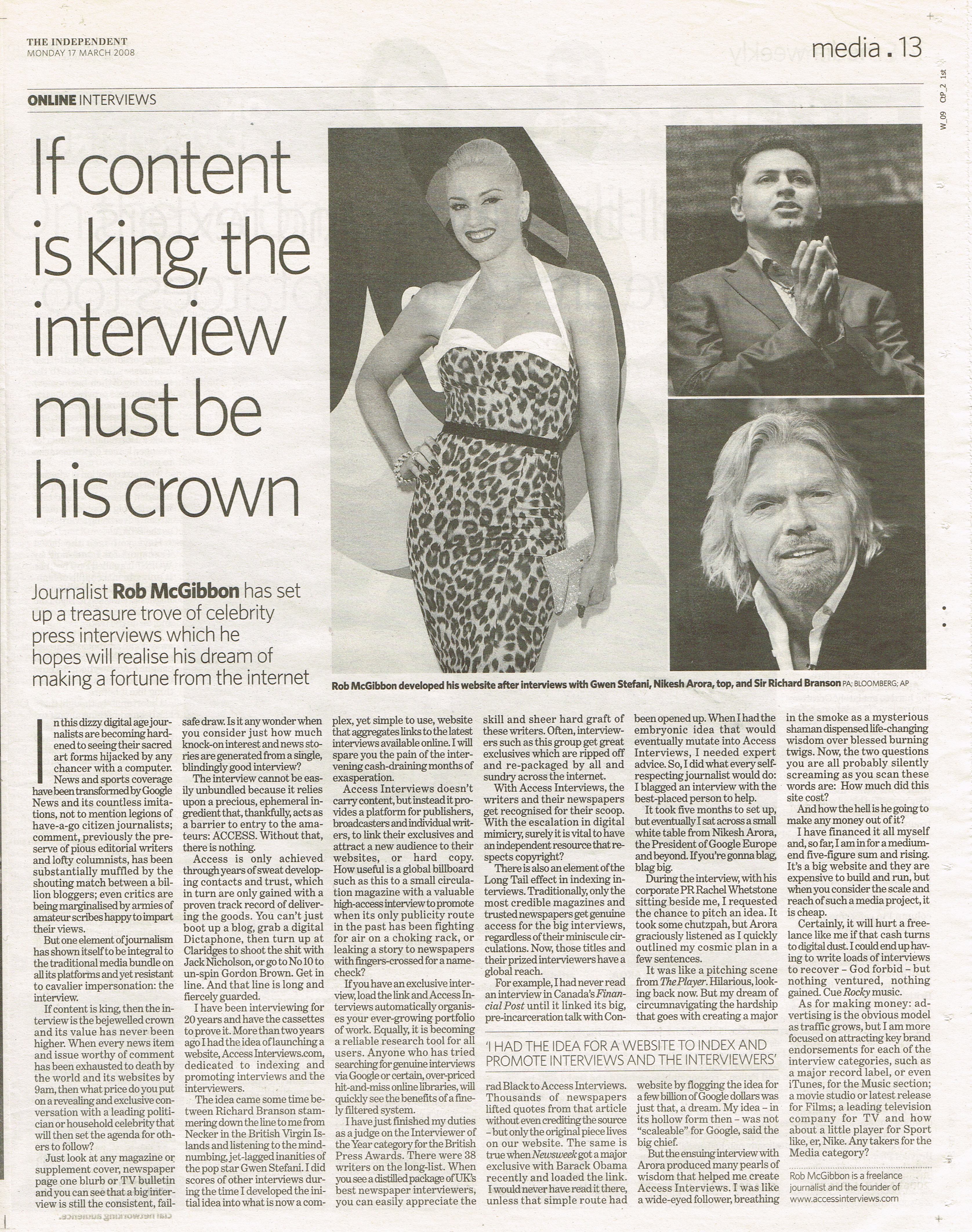 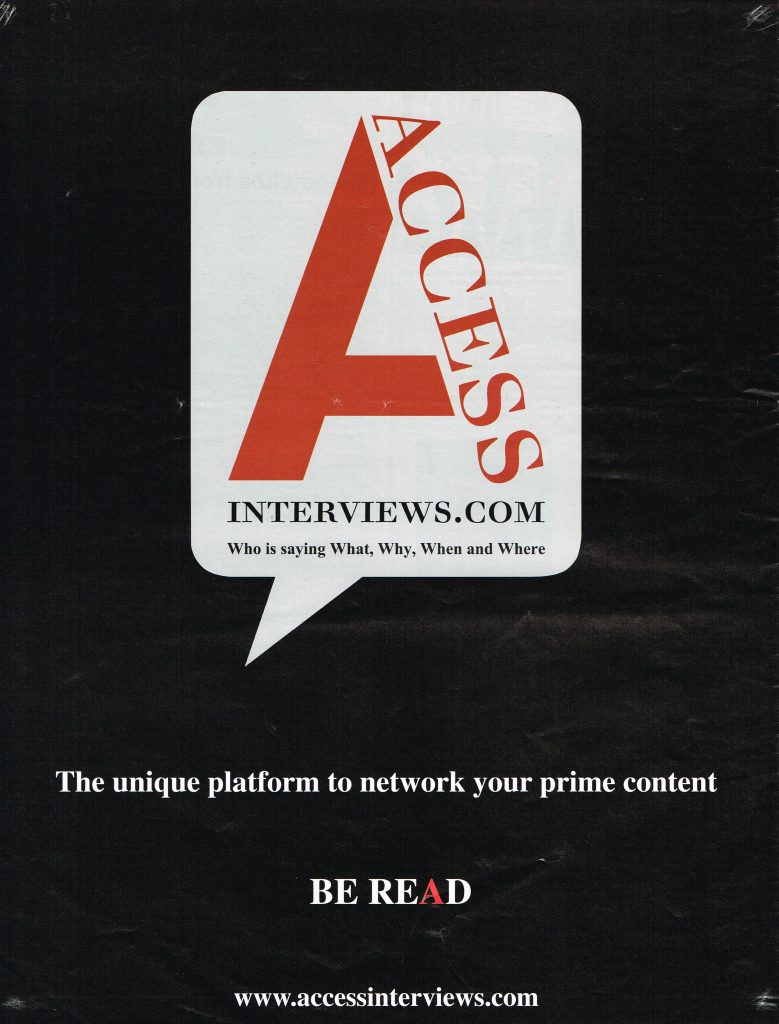 First advert for A.I across back page of Press Gazette 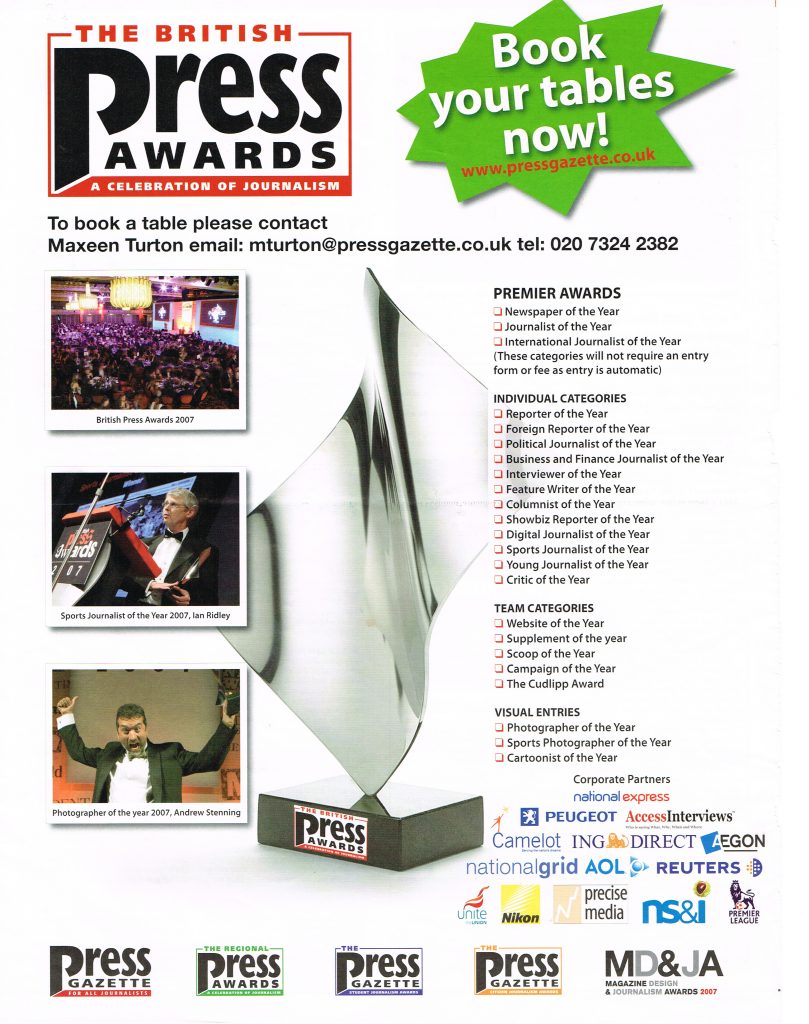 A.I joins other leading brands to sponsor Interviewer of the Year category at the British Press Awards 2008 at the Grosvenor House Hotel. It cost a lot. 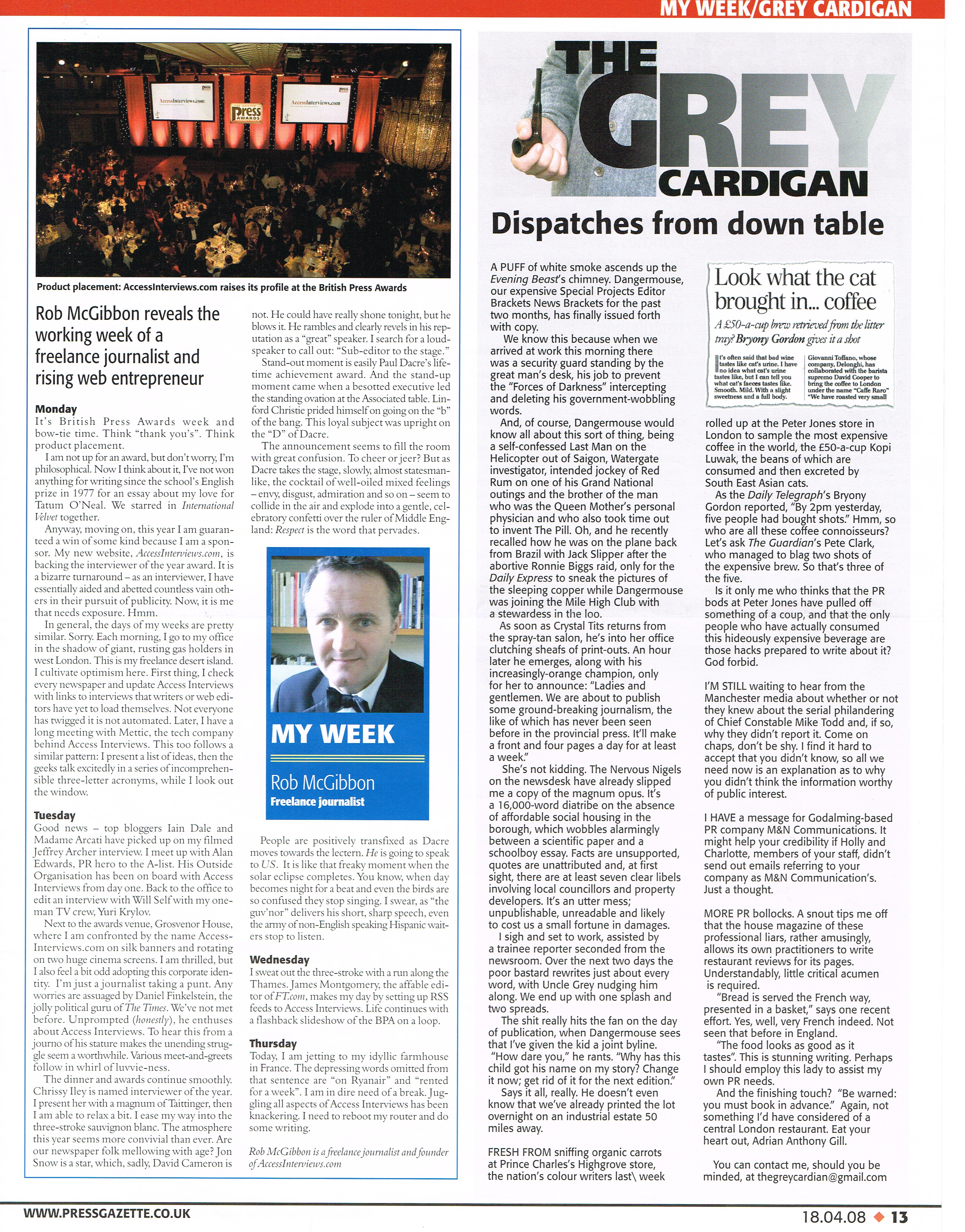 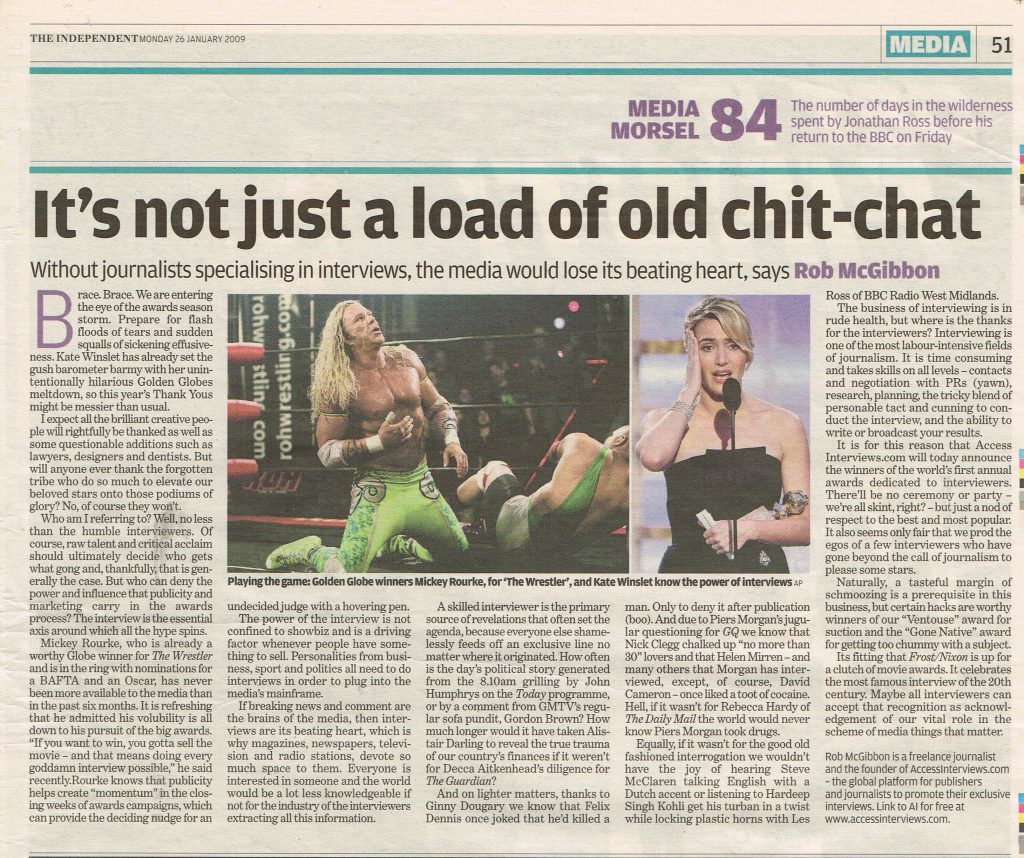 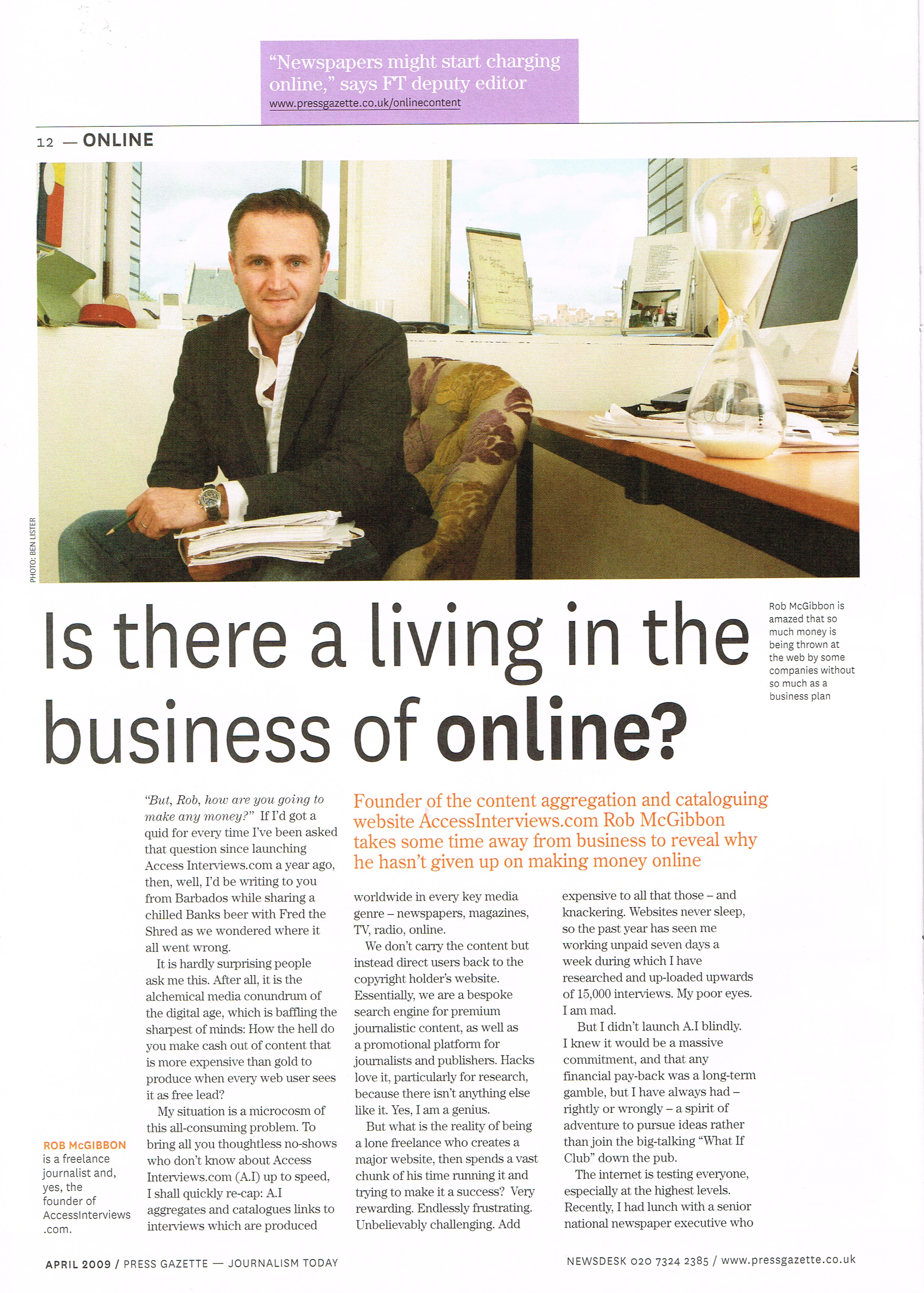 Press Gazette article: “Is there a living in the business of online?” NO! 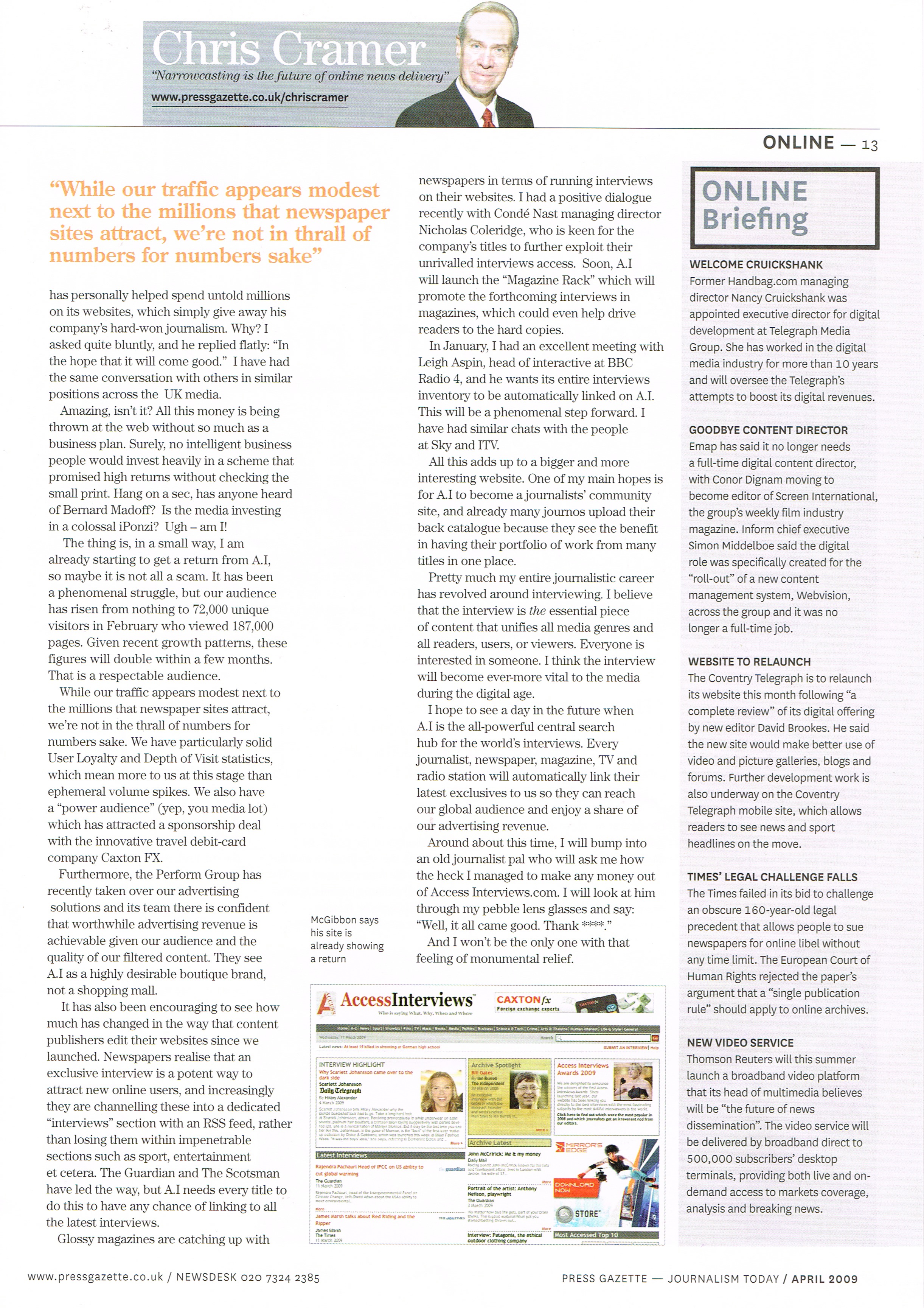 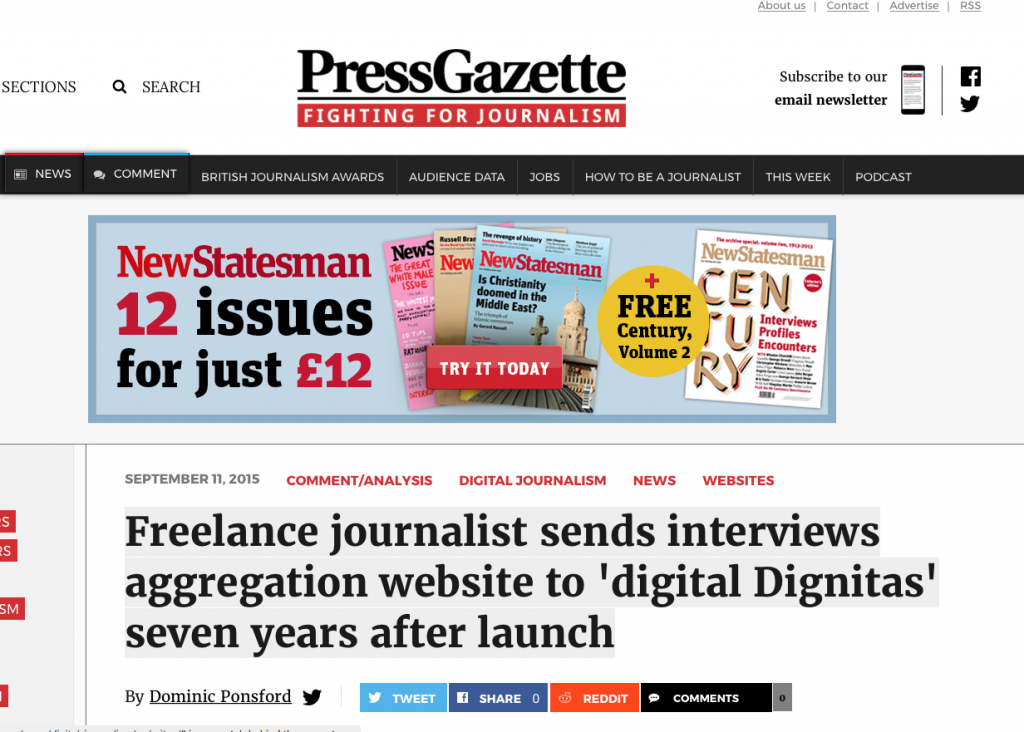 Article for Press Gazette about the demise of A.I. Click to read full article. Pack a hankie.