Jacques Peretti: I don’t have a bloody clue what really happened, but I’ll blag my way around the world pretending I do 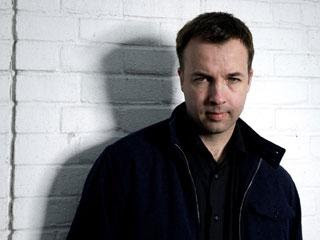 For professional reasons, I have recently been plugging into the oeuvre of TV “investigative journalist” Jacques Peretti and I admit I am totally astonished at the projection his documentaries are afforded by Channel 4.

He seems a nice enough fellow and clearly sincere, but he is somewhat deluded by the seriousness and revelatory value of his “investigations”. At best, they are gossamer thin and reliant on twice-removed sources linked together by a droning monolgue of half-baked, pub-style pontification. Jacques reckons he is cerebrally unraveling his subjects. He is not. As Ally Ross, TV critic of The Sun, brilliantly put it a while back – “Jacques Peretti is the Zen Buddhist of stating the bleeding obvious”.

I had to chuckle last night when I saw Jacques and his hairy arms on yet another plane – LA, New York, Bahamas – to track down yet another nobody who sort of knew Dodi Fayed in a nightclub. His “sources” at best are washed up rent-a-quotes who might be worth chatting to if they popped into the Soho edit suite for ten minutes. But the Bahamas for two minutes of nonsense with Johnny Gold? (Actually, I just looked out the window and now realise – if you’ve got the budget and the suntan lotion, it makes total sense.)

The repetition of the stills photos (Diana on the Jonikal) and archive footage (Dodi getting into a Ford Estate, close up of the cameraman in the reflection of the car window) was nothing short of laughable. But it is Jacques’ Mogadon delivery that takes the forehead slapping biscuit. It is as if by talking ever-so-s-l-o-w-l-y with a dense voice will give veracity and weight to his balsa revelations. It d-o-e-s n-o-t, J-a-c-q-u-e-s.

The Artist dipped in for a few minutes and witnessed Jacques’ interview in the back of a limo with some nobody who vaguely knew Dodi for a bit. In one sweeping statement, based on nothing, Jacques said that Dodi got through a kilo of cocaine a week which “would take some doing”. Before walking straight back out, the Artist observed: “He could do with a kilo of coke to liven him up.”

There is a term in the newspaper business for what Jacques does: cuts jobs. Knit together old material, add archive photos to make it look fancy, bung it all under a new headline and hope no one notices. In an hour long TV doc, there is no hiding place and the holes are too glaring to miss. How can a cuts job be worth an hour on Channel 4? And on such well visited subjects as Dodi Fayed, Paul Burrell, Michael Barrymore? Every person Jacques “investigates” can be easily filed under another journalistic term for subjects no longer of interest: “Those we used to love.”

There’s a fun documentary skit to be done on Jacques. I can even visualise the opening wide shot following the great man going about his “investigative” duties in a cuttings library. A dull, slow voice over begins to tell the story:

“This is Jacques Peretti. Who is he? What drives him? Where did he come from? What issues does he have? etc etc…”

Cut to a row of people on a sofa snoring – ZZZzzzzzzzz.

23 Jan 2009
Login to Rob McGibbon
Reset Password
Enter the username or e-mail you used in your profile. A password reset link will be sent to you by email.
Already have an account? Login