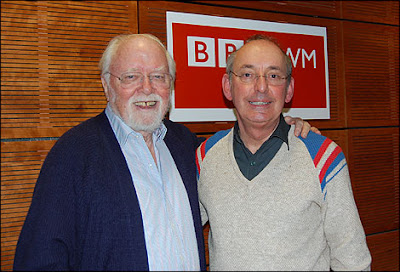 Following the radio gold “interview” with Alan Partridge wannabe Les ‘Hap-Les’ Ross and Hardeep Singh Kohli, I did the decent thing and put in a request to interview Les myself.

I felt that the world needed to know more about this icon of the airwaves and hear his side of his unintentionally hilarious down the line chat that is fast becoming one of the most popular links on Access Interviews.com.

Alas, Les was on air when I called BBC West Midlands yesterday, but I spoke to his programme editor Jeremy Pillock – who was just a tad touchy about the subject.

“Why do you want to interview him? Is it about the Hardeep Singh Kohli thing?”

(Oh, nooo! I just suddenly wondered: Who should I interview today? Brad Pitt? Madonna? No, my life-long dream has always been to interview my hero Hap-Les.)

“Well, yes. It would be good to hear his side. Besides, I reckon Les would be a great interview…” (I mean it. I know there is a story there…)

“Shall we ask him anyway?”

Surely he means Sikh of it.

So, there you have it. The great interviewer, with the legendary “shooting all over the place” style, is not talking.

Pity. I quite liked the idea of him hanging up on me.

But there’s a scoop waiting for some demon interviewer. Hit the phones, lads.

26 Sep 2008
Login to Rob McGibbon
Reset Password
Enter the username or e-mail you used in your profile. A password reset link will be sent to you by email.
Already have an account? Login