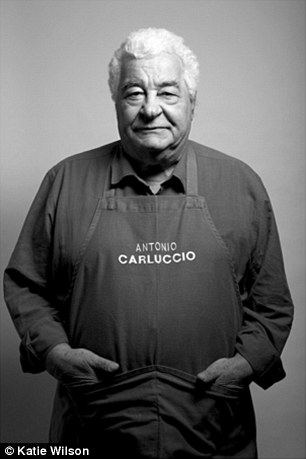 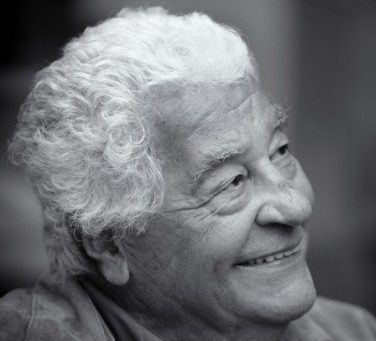 “I want my body laid out in my coffin on a bed of sliced truffles, then carried in by six beautiful women. I then want a big party in the foothills of Mont Blanc, where my ashes will be put into a huge firework rocket and fired into the sky”

The prized possession you value above all others…My home in South West London. I moved in eight years ago and I call it Il Castelluccio – The Little Castle. It’s a 1950s property, not overly big, but it is in a cul de sac so it is very quiet. My garden is full of fruit. I have prunes, pears, quinces, and plums. The house is probably worth over £1m, but I do not care about such things. I live here alone and this is where I find peace and silence. It is my sanctuary.

The biggest regret you wish you could amend…That I no longer have any communication with my ex-wife Priscilla and her children and grandchildren. They were my stepchildren and such a happy part of my life for so long, but something has happened and I cannot explain what. It is hard for me to understand. My philosophy in life is never to hurt anyone, but something has happened and it makes me sad.

The temptation you wish you could resist…Asking so many questions about everything! I believe that man’s ability for knowledge is infinite, so I am always curious to learn more. But sometimes maybe it is better to not have an answer and to enjoy a bit of mystery.

The book that holds an everlasting resonance…Phillip Pullman’s His Dark Materials trilogy. They are such fascinating books that work on so many levels – for young people, as well as adults. They are incredibly complex and challenging to follow, but I love the fantasy and losing myself in the stories.

The priority activity if you were the Invisible Man for a day…I would follow a traffic warden around London and cause chaos as he or she gives out tickets. I’d like to find out what goes on inside the head of a traffic warden because it seems to be the most nonsensical occupation. I cannot understand why anyone would want to do it.

The pet-hate that makes your hackles rise…Ignorant people who have no appreciation of the world or their fellow humans. I have to take a deep breath when I came across ignorance because it makes me so angry.

The film you can watch time and time again…Il Postino is the most beautiful and touching film and it always moves me. The acting is wonderful and the story takes me back to happy times in my childhood in Northern Italy when my father was the local railway stationmaster.

The person who has influenced you most…My mother, Maria. Throughout my childhood she was so full of life. She was tender, but also very strong and always ready to defend her nest of six children. My mother gave me my values and taught me a lot about cooking. She died about 20 years ago and there are only three of us children left now.

The figure from history for whom you’d most like to buy a pie and a pint…The great actor Peter Ustinov. I met him briefly at a party in the 1990s and he was such an interesting, intelligent man with a great sense of humour and he was an incredible mimic. He had an amazing life. I’d love to go back to the early 1950s when he was playing Nero in Quo Vadis [released in 1951]. I loved him in that film. He could speak many languages and I can speak five, so we might have fun chatting in multiple languages.

The piece of wisdom you would pass on to a child…Think big and don’t be disappointed if things don’t go as you plan. Just try again. Everything in life is possible. I came from small beginnings and have fulfilled many dreams.

The unlikely interest that engages your curiosity…One of my great passions is whittling – making walking sticks. I started when I was a boy and I now have about 300 in my collection. I am even a member of the British Stickemakers Guild. I find it relaxing and satisfying to create a beautiful object with my hands and the small old knife I always use. I love the feeling of the wood and I particularly like to work with hazel because it is so straight. Another passion is searching for mushrooms. I go into the woods, with one of my favourite walking sticks, and find the most delicious mushrooms to eat.

The treasured item you lost and wish you could have again…A four-inch high bronze statue of a little girl holding lilies, which was given to me when I was about 18. She was like a little angel and I loved that piece, but it was stolen during a house move about forty years ago. Even though it’s so long ago, I still miss her!

The unending quest that drives you on…To totally understand food, but I think it’s an impossible quest. I also wish I could cook Chinese food. It has the most incredible spices and flavours, but I can’t do it. My friend Ken Hom is pretty good and he has taught me a bit, but I believe it has to be in your blood to do it properly.

The poem that touches your soul…I Love You So Much by the German writer and painter Joachim Ringelnatz. I lived in Vienna for three years in my 20s and I met a girl called Inge there. She was my first true love and that poem reminds me of her. All this time later, I still think of her!

The misapprehension about yourself you wish you could erase…That I am grumpy and aggressive. My face is not entirely sympathetic and some people think I look like a Mafioso! In reality, I am a jolly and gentle person. People often meet me expecting me to be rough and they say they are happily surprised to see that I am friendly.

The event that altered the course of your life and character…The death of my little brother Enrico when he was 13 and I was 23. He drowned in a lake near our home. He got cramps after swimming so soon after eating. It was devastating for all the family. My mother never recovered and, in many ways, I don’t think I have ever got over it either. I ended up leaving home to escape the grief and it has affected me since on so many levels. It made me question the motivations of the Catholic Church, as well as the existence of God, so I have stopped believing in both.

The crime you would commit knowing you could get away with it…I would organise a spectacular robbery of the secret treasures from the Vatican, then give the proceeds to the poor.

The song that means most to you…I Would Like to Kiss You. It’s an old Neapolitan song, which was recorded by Pavarotti, Bocelli and many others, but I remember it from when I was really little and my father Giovanni singing it to my mother. He was an old romantic.

The way you would spend your fantasy 24 hours, with no travel restrictions…My day would begin quietly in my garden listening to the birds. I would have some porridge and coffee then some fruit from my trees. Then I would meet up with my girlfriend Sabine and go on an adventure deep into the Amazon rainforest to meet a tribe that is lost to civilisation. I only hope they are a friendly tribe! Later I would go for a walk in my favourite woodlands in Hampshire to pick mushrooms. I cannot tell you exactly where because mushroom pickers like to keep their best locations secret! Sabine and I would spend the afternoon on a stunning island in the Caribbean. I would soak up the sun and go snorkelling to look at turtles. Lunch would be a big salad with fresh fish and tomatoes dipped in the salt water of the crystal clear sea. Delicious! After lunch I would relax in a hammock with a big Havana cigar, then have an afternoon nap. Then I would go to a small fishing village beside the Back Sea and eat my way through a kilo of Beluga caviar. Then I would watch penguins bringing fish home to their young off the coast of Australia, which is an incredible sight. Sabine and I would watch the sun go down during a safari in Africa, then arrive at a tranquil lake in Kerala in India for a spicy dinner. I don’t drink much alcohol, but I would end this day with a nice malt whisky nightcap.

The happiest moment you will cherish forever…The day in 2009 when I finally awoke from depression. I had been in a dark and difficult place and I had tried to kill myself [Antonio stabbed himself in 2008], but after going into The Priory hospital I slowly got better and the heavy cloud lifted from my life. I am a different person today. I am happy and I know how precious life is. I want to live, not die.

The saddest time that shook your world…Enrico’s death. I was like a father to him and his educator. He was so cheerful and wonderful. He followed me around and we had a really special friendship. I would practise throwing a javelin and he would run after it and bring it back to me. He would be 67 now. Sadly, that awful moment I saw him in the mortuary is an image that will never leave my mind.

The unfulfilled ambition that continues to haunt you…To organise all the photos from my life. I must have more than 10,000 but they are all over the place, in boxes and drawers. I would love to be able to sit down and look at them in the order they were taken. I thought that was something I would do in my retirement but I am 77 now and I have no plans to retire. Maybe it will never be done!

The philosophy that underpins your life…MOF MOF: Minimum of Fuss, Maximum of Flavour. I made that phrase up decades ago when everything in cooking seemed to be so complicated. It has been the mantra for my cooking ever since.

The order of service at your funeral…I won’t have a church service because I have stopped believing in God, but I want my body laid out in my coffin on a bed of sliced truffles, then carried into the crematorium by six beautiful women. I then want a big party in the foothills of Mont Blanc in Italy, where my ashes will be put into a huge firework rocket. During the party, this rocket will explode high in the sky and scatter me across the beautiful countryside.

The way you want to be remembered…As a jolly fellow, who was good to people and enjoyed the simple things in life.

Antonio was a big-hearted, passionate and sincere man, who inspired so many young chefs, not least Jamie Oliver.

08 Nov 2017
Login to Rob McGibbon
Reset Password
Enter the username or e-mail you used in your profile. A password reset link will be sent to you by email.
Already have an account? Login