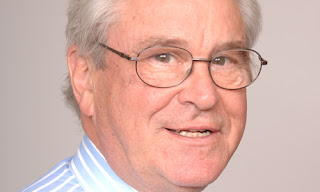 I interrupt an extended blogging break to share some sad news I have just received: Bob Warren died yesterday from a short battle with cancer.

Bob was an icon of the News of the World for decades and I held a particular fondness for him because he was most encouraging to me during my earliest days on national newspapers.

I first met Bob when I was a young freelance (21) in 1987. He was the News Editor back then and he kindly tried me out on some shifts. I didn’t mess up and ended up working for him on and off for quite a while.

Bob was probably the most unlikely character you would expect to see steering through some of the nastiest gossip stories in newspaper history. He was mild mannered, gentle, kind and fair. Not the characteristics you automatically associate with a Red Top executive.

In more recent times, I only ever saw Bob at meetings of the Press Golfing Society or the News of the World’s annual golf day. I haven’t got my clubs out for a while, so the last time I saw him was summer 2007.

I heard before Christmas that he was ill and wanted to get in touch, just to pass on my best wishes. For one reason or another, I didn’t get round to it and I am angry now that I didn’t.

The least I can do here is say Thank You to him for the help and guidance in those early days. I hope your swing improves up There, Bob. You were a gentleman among rogues and it was a pleasure to have known you. R.I.P

07 Jan 2009
Login to Rob McGibbon
Reset Password
Enter the username or e-mail you used in your profile. A password reset link will be sent to you by email.
Already have an account? Login