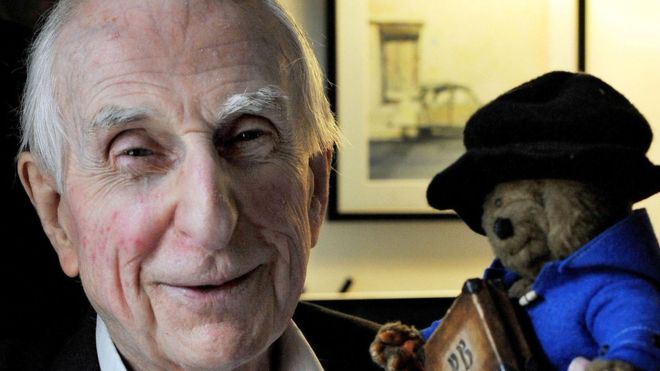 This is an extended version of my interview published on 26 September 2015, which was conducted in Michael’s study where he wrote at his home in Little Venice on 24th August

“I want to be remembered as a friendly person who was ready to listen. And for never missing a deadline!”

The prized possession you value above all others…The original Paddington bear toy. He is a little teddy bear that I bought for my ex-wife Brenda from Selfridge’s on Christmas Eve in 1956 as a stocking-filler present. He was sitting on a shelf all by himself and I fell in love with him. I called him Paddington and some time later I was looking at him and wondered what would happen if a real bear arrived at Paddington Station. I put a few words down on paper and it caught my fancy. That little bear was an inspiration and he changed my life. I keep him very safe. 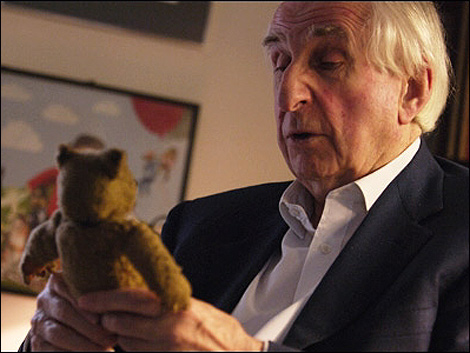 Michael with the original cuddly bear who inspired Paddington 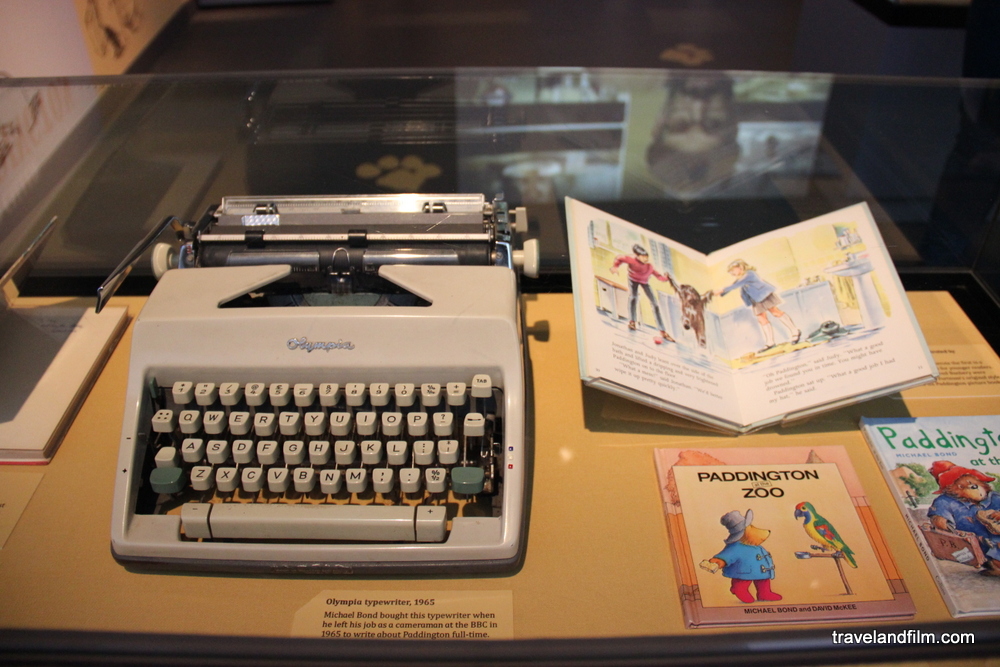 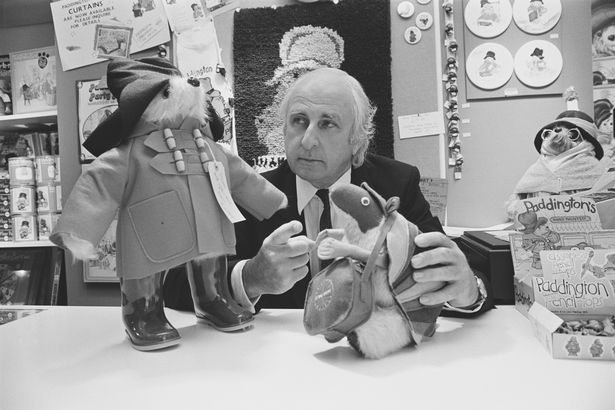 Michael in 1980 with Paddington merchandise 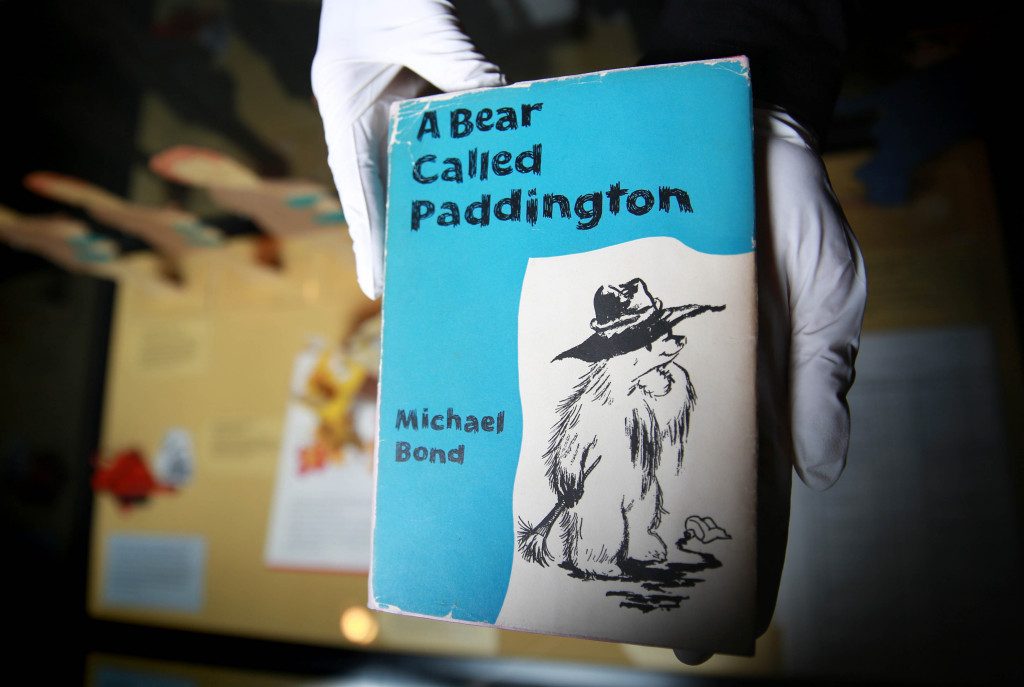 The biggest regret you wish you could amend…Not buying a flat in the Montmartre area of Paris that I rented for 35 years. I was offered it about ten years ago, but decided to keep renting. I used to go there for a week every month to write and always loved it because no one bothered me. But last year the daughter of the original owners, who had died, decided to move in.

The temptation you wish you could resist…Ferrero Rocher chocolates. I love the nutty soft centre and I like to have a box on the go when I am writing. I will eat four, then make myself stop. They are very moreish. 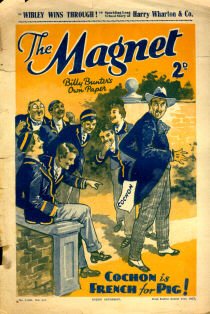 The book that holds an everlasting resonance…It’s not a book, but a weekly magazine called I used to read it by torchlight under the bedclothes from aged about nine and it had a big impact on my life. They were such marvellous stories and great characters. It was the first time that I appreciated good story telling and it taught me the power of repetition in writing.

The priority activity if you were the Invisible Man for a day…I would wander around freely listening in on people’s conversations. A piece of snatched conversation can be very good for a story and it has helped me often over the years. But it is never good to be caught eavesdropping, so this way I could relax.

The pet hate that makes your hackles rise…Cold telephone calls in the evening from people trying to sell me something. They are often a foreign voice and they start off by saying, “Good evening, Mr Bond, how are you tonight?” I would be much better if you didn’t call me during my dinner!

The film you can watch time and time again…The Third Man. The screenplay by Graham Greene is excellent and Orson Wells is wonderful. You never know when someone is going to pop out of a window or a manhole. I love the Ferris wheel scene. 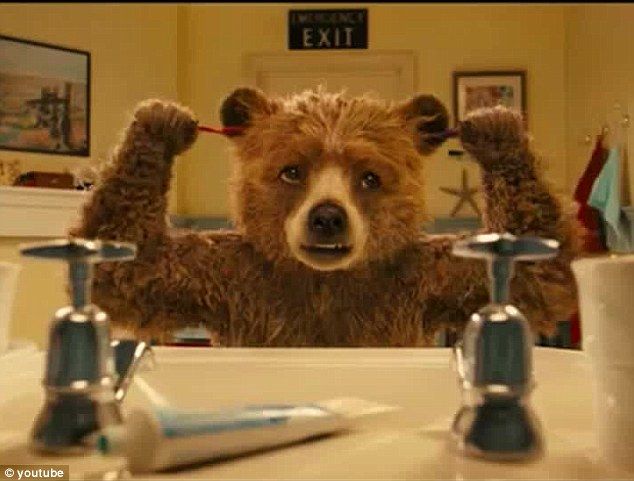 The person who has influenced you most…My grandfather, on mother’s side. He came to live with us in Reading when I was a boy after his wife died. He thought very highly of me – more than anybody else! I would wait at the window when he was due home from work and run down the road to meet him as soon as I saw him. He gave me confidence in myself. He drummed into me that you can do anything in life, if you concentrate and do it to the exclusion of anything else. I took his advice when I came to write. I gave up all sorts of things and let it take over.

The figure from history for whom you’d most like to buy a pie and a pint…John Logie Baird, the man who invented the television. I would love to watch a modern day TV set with him and discuss what has happened to his invention. Imagine what he might think. 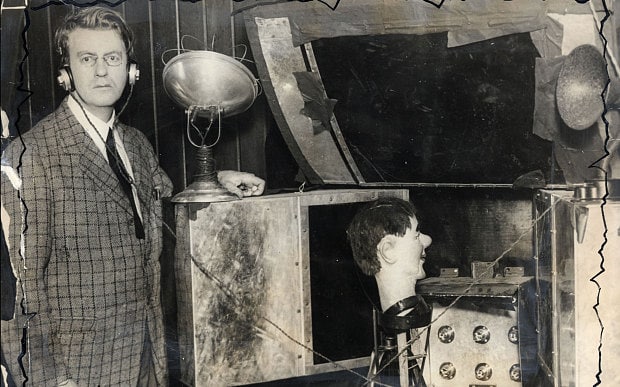 The piece of wisdom you would pass on to a child…Politeness costs nothing, but it can be worth an awful lot. Politeness has been thrown out the window these days. When I was small, if any elderly people came along my dad and I would move to one side, raise our hats and let them pass. I used to think, Oh good, people will do that when I am old, but they don’t. I have a walking stick, but it feels like I need it more as weapon!

The unlikely interest that engages your curiosity…Bricklaying. Like Winston Churchill, I have always found it to be mentally restorative in times of stress. It is satisfying and sets the mind free. 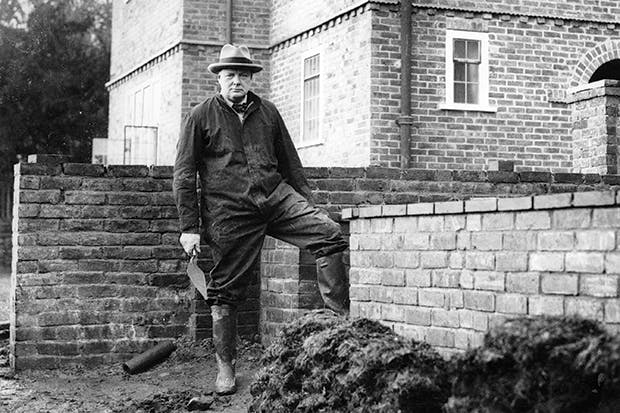 The treasured item you lost and wish you could have again…A little toy dog my girlfriend Nora gave me when I joined the RAF aged 17. She had made it from wire and fur and I carried it around in my breast pocket for four years. It went everywhere, but one day in Cairo I sent some clothes to the laundry without taking it out and it was gone for good. I was so sad.

The unending quest that drives you on…To keep writing. I will be 90 next January but I still write every day and I hope that Paddington and my other characters will have plenty more adventures.

The poem that touches your soul…I am not very good on poems, but the French National Anthem La Marseillaise always stirs me. I am quite a Francophile at heart.

The misapprehension about yourself you wish you could erase…That writing is easy. People particularly think this of me because the Paddington books are quite short. I actually hone them down from a much longer text and re-write continuously. It is hard work, but immensely satisfying.

The event that altered the course of your life and character…Replying to an advert in the local Reading newspaper when I was 16, which was seeking someone interested in radio. I was keen on building radio sets, so I wrote off and to my amazement I got a reply from the BBC. They were setting up a transmitter in Reading and wanted someone to look after it. I met the man in charge who asked me if I knew what Ohms Law was. I told him and then he said, You have got the job! This eventually led to me working as a senior cameraman for BBC television, a job that I loved.

The crime you would commit knowing you could get away with it…There is always a cost to pay for the smallest crime, so nothing could tempt me. When I was ten I took a half-eaten chocolate bar off the counter of my local shop and ate it. To this day, stealing it has been on my conscience!

The song that means most to you…All or Nothing at All, by Frank Sinatra. Nora bought me a vinyl disc of it because it was our favourite song and I kept it for years. That song reminds me of her.

The way you would spend your fantasy 24 hours, with no travel restrictions…I wouldn’t want an action-packed day with a magic carpet taking me to all different places. At my age, you are happy to go at a slower pace. I would simply board the first Eurostar to Paris with my wife Sue and go straight back to my old flat. My last day there was 4th December 2014, which was one of the saddest days of my life. I miss it dreadfully, but on this day it would be MINE! There would be no emails, no phone calls – and no visitors! I would spend the day reliving my life as I gaze out of the window with its vista over northern Paris. I would be happy going for lunch at my favourite fish restaurant – Le Dôme in Montparnasse. I would have the lobster salad, which his rated the best in the world, followed by tarte fine aux pommes. After that I would be happy to be back in the flat, reading and writing and looking out on Paris.

The happiest moment you will cherish forever…The day my young daughter, Karen, was made better. She was born with a dislocated hip and was in and out of hospitals having operations for her first six years. One surgeon really buggered it up and made it worse. Then a very good surgeon in Oxford put it right and she made a full recovery. It was such a relief.

The saddest time that shook your world…The death of my grandfather when I was 13. He died from a heart attack and it was the first time I had experienced a death in the family. He was a particularly nice person to me.

The unfulfilled ambition that continues to haunt you…To have a lawn with a surface like a billiard table. The previous owner of our home in North London filled in the garden with lots of old bricks. We have lived here for 30 years and it has been a losing battle trying to lay a nice lawn. Bricks and holes always appear, or the foxes dig it up.

The philosophy that underpins your life…Do unto others as you would have them do unto you. In life, it is important to treat people well.

The order of service at your funeral…I will leave the details to my family and do as I have always done – which is to go where I am pointed! 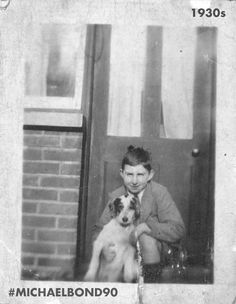 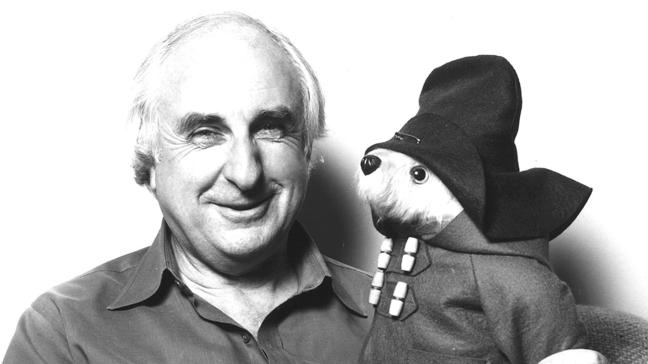 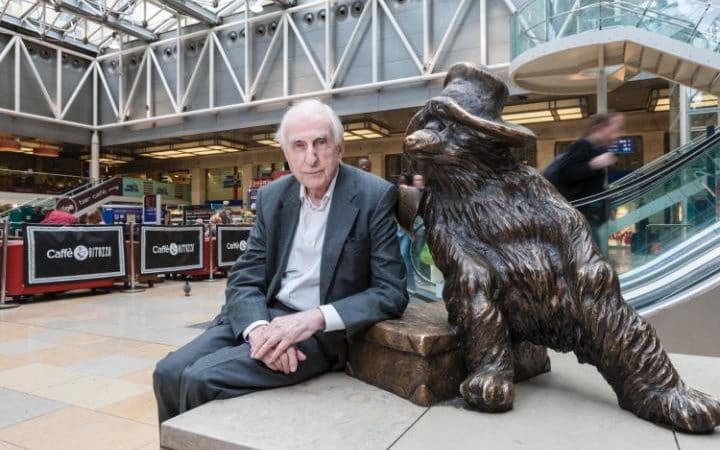 The way you want to be remembered…As a friendly person, who was approachable and ready to listen. And for never missing a deadline!

He was a modest, kind and gentle man. He will live on through his wonderful gift to us all: Paddington Bear.

28 Jun 2017
Login to Rob McGibbon
Reset Password
Enter the username or e-mail you used in your profile. A password reset link will be sent to you by email.
Already have an account? Login